The Imputation System under Attack

On Tuesday 12 March Bill Shorten, leader of the opposition, announced some major changes to the tax system that the ALP will take to the next federal election, which is currently scheduled for 2019.

The major change announced by Mr Shorten regarded imputation credits. The whole purpose of the imputation system is to (fairly, in my opinion) make sure that the same income is not taxed twice.

Without having been able to find any formal presentation of policy, my understanding of the tax plan is that the Labor Party will change imputation credits from a refundable tax offset (an offset that is refunded if it is greater than the amount of tax it offsets) to a non-refundable tax offset (an offset that will offset tax payable but will not be refunded if it is greater than tax payable).

Mr Shorten is selling this reform by saying that it won’t affect 98% of taxpayers1, while the Parliamentary Budget Office estimates the policy will impact just eight per cent of taxpayers, including about 200,000 self-managed super funds2.

Firstly, I think that is vastly overstated by Mr Shorten.

Optima Partners has many, many clients who have small businesses in a company structure. Their companies are profitable and pay tax while at individual level they get refunds funded by those imputation credits. This would be a blow to them unless Mr Shorten plans to add further complexity to our already over-complex tax system by adding tiers and variations to any law implemented. 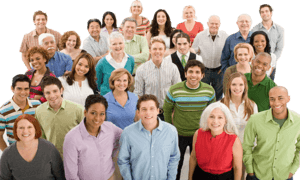 Secondly, almost every Australian with any superannuation could be affected by this. Superannuation funds are more likely to be impacted as they are taxed at 15%, lower than the first individual tax bracket (19% plus 2% Medicare Levy), so tax payable will soon be offset. According to the ASX, 36% of Australians owned shares either directly or indirectly in 2014. This places us as one of the highest share-owning nations in the world.

Sadly, but perhaps not surprisingly, it seems to me that this is targeted class warfare from Mr Shorten and the ALP. The language and rhetoric used paint that picture for me.

Selling anything by saying “most people won’t be affected” is not a justifiable reason to do something. That doesn’t make something fair, right or ethical.

Unfortunately, it is not the first time Mr Shorten has used this sort of rhetoric as he has based a previous tax policy on just 48 individuals4. Doing something to a minority shouldn’t make it acceptable to the unaffected majority.

Also, calling it a loophole or a “tidy little arrangement” gives the impression that anyone who benefits from the current system is somehow cheating or conniving. I would call something that is hidden and unintended in our tax law a loophole, not something that is intended and with clear reason.

But Mr Shorten says that this is what wealthy people do. I guess that if a politician wants to win an election with announcements of increased taxes they’ve got to convince people that everyone else is wealthy.

If you have any questions or comments, please feel free to contact Optima Partners – Your Pathway to Personal and Financial Security – on 08 62672200